Commissioned into the Royal Marines from school Clive served for 5 years before leaving to join the Sultan’s Armed Forces where he was engaged in active service during the Dhofar War.

After 10 years’ distinguished service with SAFR he returned to the UK to pursue a commercial career in sales with Proctor & Gamble before joining Rentokil as a Branch Manager.

An Executive Board member of Rentokil since 1998, Clive retired in 2006, after 16 years with the company where he had accountability for a Sector with turnover in excess of £1 billion employing 65,000 people in 29 business units across 14 countries.

At Rentokil Initial he was predominately responsible for the Security and Facilities Management streams in the company; security represented both manned guarding and electronic security covering the UK, France, Netherlands, Canada and the USA. Facilities Management was mainly cleaning, catering, hospital services and hygiene. 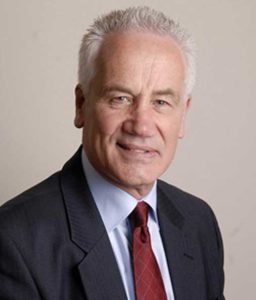