Nick joined the Corps Security board in May 2016. He is a qualified accountant and an independent director and strategic advisor for growing international businesses.

Nick is currently Chairman of several companies including Roberts Metal Packaging. He also holds a number of senior directorships with organisations such as Gratnells and Meta4 Group.

He is a previous Chairman of United Transport International and Denby Group plc and, in his full-time executive career, was Managing Director of Dyson Appliances International during its rapid expansion and jointly led the successful flotation and sale of Taunton Cider plc. 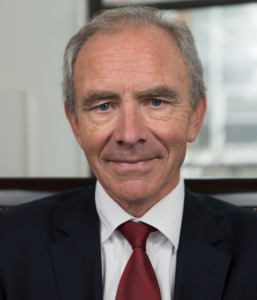