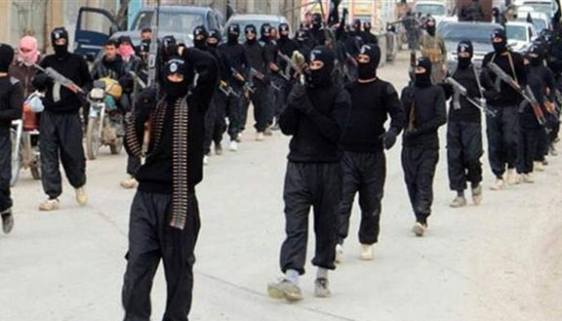 Hello and welcome to our first 2018 edition of Corps Relay – the newsletter designed to help you protect your people and property.

Whilst there has been no let-up in the threat from Islamist terror groups operating in the UK, the Police and security services are increasingly engaged in monitoring and meeting the threat from extreme right-wing neo-Nazi groups.

Two serious acts of extreme violence perpetrated by far-right extremists have already taken place, with the murder of Jo Cox MP, and the attack on the Finsbury Park mosque.  In addition, the government has proscribed the neo-Nazi group, National Action, although some of their activists continue to operate through known aliases.

The outgoing head of UK Counter-Terrorist Policing, Mark Rowley, revealed that four right-wing terror plots had been foiled in 2017.  Extreme right-wing groups were seeking to build international networks.  Other reports suggest that Ukrainian neo-Nazi groups are actively seeking to recruit British far-right activists in order to bring them to the Ukraine to fight alongside the Azov battalion, a notorious Ukrainian fascist militia.

Significantly, a record number of white people have recently been arrested in the UK on suspicion of terrorism, amid a rise in both Islamist radicalisation, and that of far-right extremists. Official statistics show that 91 out of a total 260 people held on suspicion of terrorism offences were white – a rise of 20 from 2015 and the highest number since 2003. White suspects made up 35 per cent – or one in three – of all terror related arrests in 2016, compared with 25 per cent in 2015. The rise contrasts with a fall in arrests across all other ethnic groups.

Corps Relay will continue to update readers on the trends relating to this category of extremists.

Islamist Extremism and ‘Daesh’ – Background Update
So who/what is Daesh?

Daesh being the acronym for ‘Dawlah al-Islāmīyah fīl-ʻIraq wa ash-Shām’. The self-described Islamic State (or IS), is a Sunni, extremist, jihadist, self-proclaimed caliphate and unrecognized state in Iraq and Syria in the Middle East.

The group originated as ‘Jama’at al-Tawhid wal-Jihad’ in 1999. This group was the forerunner of Al-Qaeda in Iraq (AQI). ‘Al Qaeda in Iraq’ took part in the Iraqi insurgency against US-led forces and their Iraqi allies following the 2003 invasion of Iraq. In 2006, it joined other Sunni insurgent groups to form the Mujahideen Shura Council, which consolidated further into the Islamic State of Iraq (ISI) shortly afterwards. In April 2013, the group changed its name to the Islamic State of Iraq and the Levant. It grew significantly under the leadership of Abu Bakr al-Baghdadi, gaining support in Iraq as a result of perceived economic and political discrimination against Iraqi Sunnis. After entering the Syrian Civil War, it established a large presence in the Syrian governorates of Ar-Raqqah, Idlib, Deir ez-Zor and Aleppo.

Daesh had close links to al-Qaeda until February 2014 when, after an eight-month power struggle, al-Qaeda cut all ties with the group, citing its failure to consult and lack of compromise. Daesh was too extreme even for Al Qaeda!

The group’s original aim was to establish an Islamic state in the Sunni-majority regions of Iraq. Following its involvement in the Syrian Civil War, this expanded to include controlling Sunni-majority areas of Syria.  The big news was its proclamation of a worldwide caliphate on 29 June 2014.

Abu Bakr al-Baghdadi—known by his supporters as Amir al-Mu’minin, Caliph Ibrahim—was named as its caliph, and the group was renamed the Islamic State. In its self-proclaimed status as a caliphate, it claims religious authority over all Muslims worldwide, and aims to bring most traditionally Muslim-inhabited regions of the world under its political control, beginning with the Levant region, which approximately covers Syria, Jordan, Israel, Palestine, Lebanon, Cyprus, and part of southern Turkey.

Daesh’s actions, authority and theological interpretations have been widely criticized around the world by non-Muslims and within the Muslim community. On the pure military front in Iraq and certainly in Syria too, Daesh is on the back foot, although it continues to attract willing recruits from across Europe, North America and other parts of the globe, many of whom significantly, return to their countries of origin and become active in perpetrating terrorism within those home countries.

The IOPC replaced the Independent Police Complaints Commission on 8 January 2018. Michael Lockwood has been appointed as the IOPC Director General.

The Independent Office for Police Conduct (IOPC) is the reformed police watchdog, previously known as the Independent Police Complaints Commission (IPCC). New leadership under a Director General will mean speedier decision-making, with a new board to ensure greater accountability to the public. This is the latest step in the Home Office’s reforms to strengthen the organisation and will lead to new powers. The new single Executive Head will ensure clear lines of accountability and a streamlined decision-making process.

As well as these changes, the Policing and Crime Act 2017 includes further provisions which will increase the IOPC’s powers, clarify its investigative processes, and further safeguard its independence. The major reforms were announced by Prime Minister Theresa May during her time as Home Secretary, and these powers will allow the IOPC to:

The IOPC, like the IPCC before it, will continue to investigate the most serious and sensitive matters involving the police, including deaths and serious injuries as well as matters such as allegations of corruption. It will also oversee the complaints system in England and Wales and set the standards by which complaints should be handled by the police.

The Home Office has also announced the appointment of new board members Geoffrey Podger as Senior Independent Director, and Manjit Gill, Catherine Jervis, Mary Lines, Andrew Harvey and Bill Matthews as Non-Executive Directors. The Non-Executive Directors will form the majority of the new board, and provide independent support and challenge to the Director General as well as oversight of the overall running of the organisation.

A new national “infrastructure” police force may well be created if Government plans to improve protection of nuclear sites, railways and roads comes to fruition.

An organisation comprising the Civil Nuclear Constabulary (CNC), the Ministry of Defence Police (MDP), the British Transport Police (BTP), and Highways England, would be established under the proposed changes. The four specialist services are currently separate bodies.

Although updates from HM Government on this initiative have gone quiet in recent months, this may be attributed to Brexit negotiations, rather than a sign that the actual proposal has been ditched.  Corps Relay will update readers as and when more news on this proposal is forthcoming.

For further information, or for back copies of Corps Relay, feel free to contact our team direct on: 0207 566 0516

Terror in the USA
Scroll to top