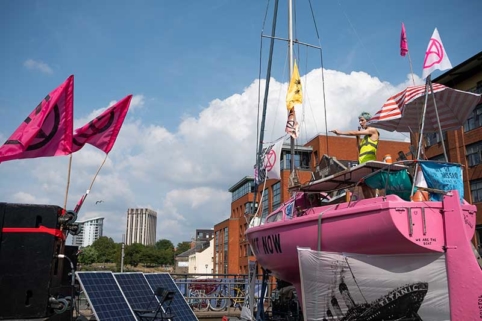 It has been widely circulated through the media of the intention of a new protest group calling itself ‘Animal Rebellion’ to attempt to blockade City of London-based Smithfield Meat Market, during the period 7-21 October 2019.

How will this protest impact on our City of London customers’ colleagues and premises?

Following a Public meeting held by City of London Police (CoLPA) and attended by Corps Security’s Regional Operations Director, we can report the following:

How may this protest impact upon the working day?

The numbers expected are unconfirmed but as a caution, CoLPA advised for the local area to prepare for a guide rate of 2,000-10,000 protestors. This will inevitably result in road closures and blockages, especially in the vicinity of the Market itself.

British Transport Police (BPT) have warned of possible major disruption at Farringdon Station, with possible closures. This is again based upon experiences learned from Extinction Rebellion’s previous activities.

Whilst most protestors will be focusing their attention on causing disruption at the Market, extra vigilance should be applied to managing access control.
Some protestors may attempt to gain unauthorised entry to places where there are possible links to their cause. In preparation, Access Control and lockdown measures should be strengthened. In addition, all persons (Security and other personnel) working throughout Central London should follow the TFL, and Police announcements on any impact on the Tube, Bus and other transport networks.

We have been informed that a further briefing will be held on 1 October 2019, and we will issue further bulletins with updated information and intelligence as and when we receive it.