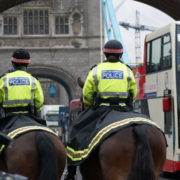 Terror Threat Level now back down a notch to:

Is it time to relax?

The change indicates an attack is highly likely, although not imminently expected.

The Military personnel deployed last week to support the civilian police will be stood down on Monday 29 May, at the close of the bank holiday weekend.

It is now apparent that the Security Services (including MI5 and other agencies) and the police have made very significant progress in shutting down the operational terror cell in which Salman Abedi and members of his Libyan family were active, hence the threat level being downgraded so promptly. It had been upgraded to ‘Critical’ in the aftermath of the suicide bombing carried out by Abedi at the Manchester Arena.  The threat level had of course, been set at ‘Critical’ in the aftermath of that horrific bombing, which mercilessly, targeted young people and children.

There are some questions to pose:

Let’s firstly not forget that the Security Services have told us that the threat from Islamic extremists will likely be hanging over us for the next couple of decades. MI5 estimates that there are some 3,000 active terrorist minded operatives out there, in the UK alone.

My concern is that other extremists could ‘jump on the back’ of the Manchester attack, and be ‘inspired’ to conduct their own attacks. ‘Copy-cat’ attacks do occur. It is hard, indeed impossible, for decent minded people of goodwill, to get their heads around the fact that Islamic extremists have defined the carnage of the Manchester bombing as a success!!  Let us also not forget that it was Libyan terrorists who brought down Pan Am Flight 103 over Lockerbie in December 1988…

So can we relax, perhaps even just a bit…?

The short answer is, no.

One particular terror cell/group (with a Libyan connection) may be no more, but there are others ready to make their move. MI5 and the police, to their enormous credit, have thwarted many other terrorist plots. The officers of those organisations are working tirelessly to protect us all, but the sad reality is that every now and again, a single group of terrorists will slip through the net. There are just not enough Security Service and police personnel to have all suspects under physical surveillance 24×7…

So, what should we all be doing, that we haven’t already been doing?

The need for heightened vigilance should remain in place. 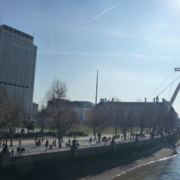 Corps Security, the leading provider of specialist security services, has recognised five of its officers for their actions during the immediate aftermath of the Westminster terrorist attack, which left four dead and over 50 injured. Corps Security officers are contracted by the South Bank Employers’ Group (SBEG) and on that day members of the South Bank Patrol team were among the first people to arrive at the scene, helping the injured, cordoning off the area and liaising with all the security and emergency services.

Corps Security has worked with SBEG since March 2016 to run the South Bank Patrol which works closely with the police in Lambeth and Blackfriars to improve the everyday experience of people who live, work and visit South Bank.

The South Bank Patrol is trained in advanced interpersonal skills and adopting a non-confrontational approach. This means they are able to help manage anti-social behaviour but they also act as ambassadors for South Bank, helping visitors and Londoners alike with directions. Some members of the South Bank Patrol have targeted powers under the Community Safety Accreditation Scheme (CSAS).

The calm, professional way that the South Bank Patrol performed its duties on 22 March has been praised and recognised by Lambeth’s Borough Commander, Richard Wood, and led to them receiving a Special Recognition Award from Corps Security for their actions on that day.

For Peter Webster, Chief Executive of Corps Security, it highlights the vital role of specialist security service providers. He said, ‘I’m incredibly proud of what our officers did on that horrific day in terms of putting the public first and helping the emergency services attend to casualties. I also know that security officers up and down the country would have responded in the same way, which is why I think that greater respect needs to be given to those who perform security related tasks. They are often unsung heroes in situations such as this and I believe that the professionalism of the security industry needs to be more widely acknowledged.’ 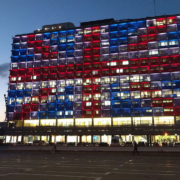 This significant step has been made less than 24 hours after the bomb attack at a teen concert in Manchester, which tragically left 22 dead and 64 injured.

The Prime Minister has also confirmed the identity of the Manchester suicide bomber as 22-year-old Salman Abedi (a Mancunian of Libyan descent), who it is suspected by the Security Service, did not act alone. This leaves open the possibility of an active Islamist terror cell on the loose.

The threat level has only been raised to ‘critical’ twice since the system was introduced on August 1, 2006. Troops are to be deployed onto Britain’s streets amid fears a further terror attack ‘may be imminent’.

Deployed troops will come under the command of civilian police forces throughout the UK, and it is likely that they will be deployed on static and patrolling security duties, as has been seen over the past 2-3 years in France.  The deployment of military personnel will then free up warranted police officers to focus on their counter-terrorism and law enforcement duties.  Additionally, certain military units will provide direct support, and back-up to armed police response teams.

Given the raising of the threat level, readers are advised to conduct a re-assessment of current security measures at their premises and facilities.  Special emphasis should be placed upon perimeter security and access control.  Readers are advised to consider adopting the ‘onion skin principle’ to the physical security of premises, so that (just like the layers of an onion) there are several layers of security measures in place to help prevent, and mitigate the impact of attacks.

Where appropriate, consideration should be given to deploying additional security officers so that the deterrent effect at premises is enhanced, and more trained eyes and ears are on the ground able to spot potential hostile reconnaissance, and/or suspicious behaviour.

Again, in appropriate circumstances, consideration should be given to the deployment of trained ‘sniffer dog’ teams, such measures being especially relevant, for example, to places of entertainment, museums and shopping centres, and facilities which attract large number of members of the public, and where footfall is generally high.

Corps Security and our consulting department, Corps Consult, can assist readers who have specific requests for further support or guidance. 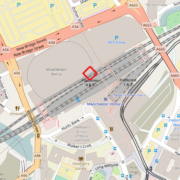 Appalling terror attack at Manchester Arena – Many dead and injured…

The vigilance and awareness of all our site based, and other uniformed colleagues, is now being raised yet again, in the face of yet another example of brutal terrorism. Corps Security’s teams will be busy today providing reassurance to customers, and in particular to those who operate places of entertainment, and where there is high footfall, and a regular presence of members of the public.

Colleagues in our Events teams will be ensuring that all appropriate emergency and contingency plans for events are checked and understood.

The attack in Manchester targeted young people, including children.

Here at Corps Consult, we are liaising with Police and contacts at CPNI to get their take on this most serious terror attack, the worst in the UK since 7/7 2005.

What we know at this stage…

The Prime Minister will be chairing a meeting of the government’s emergency Cobra committee later today.

One eye witness told the BBC that he was “metres away from an explosion” while waiting to pick up his daughter from the concert. He said his wife suffered a “stomach wound” and “possible broken leg”. He added: “Someone came through the doors then bang.” This report supports the confirmation that this attack was in fact a suicide bombing, , this means that access control and front of house security, at all sites, must be checked, and where necessary enhanced.

Further bulletins will follow as and when more solid information is to hand.

In the meantime, our customers and colleagues are urged to maintain extreme vigilance in the face of ruthless adversaries…

In the meantime the international terror threat level in the UK remains at severe, meaning an attack is “highly likely”.