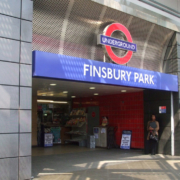 Last night London suffered yet another terror attack which took place in close to the Muslim Welfare House in Finsbury Park.

This is not the first time that Muslims – and specifically visible Muslim targets, namely mosques – have been targeted in acts of terrorism in the UK. The threat from extreme right-wing groups has been growing in recent years. In fact 16% of all terror arrests in the year to March were classed as “domestic” extremism. Many readers may not be aware that MI5 and Counter-Terror police invest a significant amount of resources in monitoring and arresting extreme right wing activists.

In short, whilst we have experienced a number of terror acts perpetrated by Islam extremists, the risk of future attacks by extreme right wing terrorists cannot be ruled out

A more detailed bulletin on the attacks of extreme right wing groups will follow on.

Readers involved in Muslim communities or in any other faith group who may require advice on security are welcome to contact Corps Relay at the relevant email address below.

Seven people have been killed in what is rightly being described as a barbaric terror attack in the London Bridge area.

A van intentionally rammed into pedestrians on London Bridge at just before 10.00pm on Saturday 3 June. Three men then got out of the van and commenced a vicious stabbing spree, targeting people in nearby Borough Market. The attackers were shot dead by eight police officers who fired 50 bullets. Sadly, a member of the public was accidentally shot, and that person remains in hospital in a non-critical condition.

Some 48 members of the public were taken to five hospitals, including Guys and St. Thomas’s. Four police officers were injured, including a BTP officer, and an off duty Met officer who were both seriously injured whilst tackling the terrorists. Following the incident 12 people have been arrested during police raids in Barking, east London.

The Prime Minister has announced that the general election will go ahead on 8 June, although all major political parties suspended national campaigning, except UKIP. A Police casualty bureau has been set up for which the telephone numbers are as follows:

Can we expect more attacks?

Here at Corps Relay, we expressed concern in our previous issue (No26) of the possibility of ‘copycat’ attacks by Islamic extremists who would have been perversely ‘inspired’ by the Manchester Arena suicide bombing on 22 May, as a result of which twenty-three adults and children, including the bomber, were killed and 119 were injured, 23 of them critically.

We also wonder whether the lowering of the Terror Threat level to Severe from Critical may have been premature, given that as a result of that change the Military armed presence was withdrawn from the streets…

Equally, there is no evidence to suggest that Islamic extremists have lost their desire to perpetrate further outrages, and so our message to all readers is to maintainheightened vigilance, especially on those sites and premises with high footfall, and which attract large numbers of members of the public.

It is vital that Access Control and anti-tailgating measures are as robust as possible, and that unauthorised persons are not allowed to gain access to your premises!

That it is vital that everyone looks out for hostile reconnaissance, and that any suspicious activity is reported in real-time!