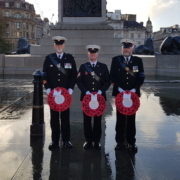 On Sunday 11th November 2018, Corps Security had the privilege of being part of the veterans’ parade at the Cenotaph in Whitehall, London, to commemorate the end of World War One on the 11th hour of the 11 November 1918.

We were proudly honouring all those who have fallen while representing our unique history and links to the monarchy and armed forces.

Three of our colleagues laid wreaths on behalf of the Corps of Commissionaires – representing the UK, Canada and Australian Corps associations.

As you all know, the Corps of Commissionaires was founded in 1859 to provide employment for ex-servicemen. We’re incredibly proud of our heritage and aim to combine the experience of the past with the needs of the present.

We also hosted the President of the Corps of Commissionaires Association in Australia at our head office in London this week. He, along with the Australian members accompanied our team on Sunday in the parade. 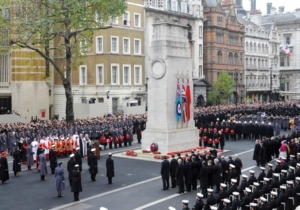 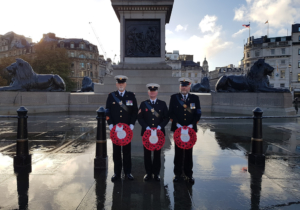 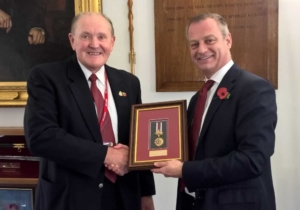