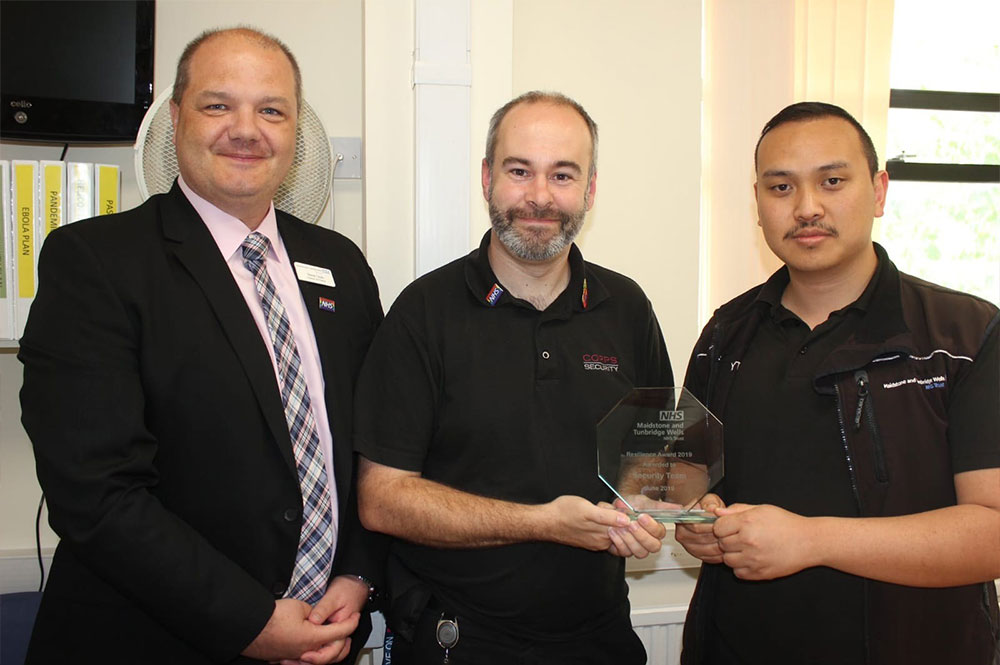 Congratulations to our security team at Maidstone and Tunbridge Wells NHS Trust which has been given a Resilience Award by the trust. The award is in recognition for the way the team consistently responds immediately to incidents and deals with them to the best of their ability, while following the guidelines and rules laid down by the trust.

A local police representative was also consulted and they recommended the security teams because of the help they give to their officers when they are called to remove or arrest individuals.

“Whether it’s a helicopter landing with a patient, road traffic collisions, absconding or violent patients, patients/children lost on site or patients with car parking issues, our team respond quickly and professionally to a wide variety of challenges,” explained Paul Tice, contract manager for the site. “We are incredibly proud that the team has been recognised in this way.”