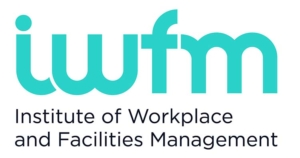 As 2019 comes to a close, we reflect on the recent breakfast event that Corps Security hosted with the IWFM at Goldsmiths’ Hall in St. Pauls, which was centred around future fit security. Corps Security alongside Eclipse, a provider of digital security and drone detections to businesses around the UK, and CombatStress, the UK’s leading charity for veteran’s mental health, discussed the latest threats in London, the impact of drones and the mental health of security officers. This was a ticket only event and all proceeds went to Combat Stress, in aid of supporting ex-veterans with mental health conditions. The event raised a total of £483.28 for Combat Stress. So, thank you to everyone that attended.

Mike Bluestone, Director of Corps Consult, Corps Security, kicked off the event by discussing organisational resilience, including the ability of an organisation to absorb and adapt to the multi-methodological tactics used by terrorists. As well as the increasing threat of terrorism, he also touched upon other mainstream threats we face today including organised crime, single-issue activism/political extremism and antisocial behaviours. A lot of people create a character stereotype for certain types of crime but it’s important to remember not everybody will meet this profile.

To remain vigilant to threats, it’s critical that businesses increase the number of tests and drills, such as penetration tests, to reduce tailgating into buildings and remain suitably prepared. Either the tests will successfully prove that individuals are unable to gain access to the premises or, it will highlight where an organisation needs to improve in order to avoid potential threats entering their buildings. Having a rigorous business continuity plan in place, regular audits, practice lockdowns and evacuations can help improve the safety of staff and prepare organisations for potential threats. Businesses can have a better chance of resolving issues if they remain aware of what’s going on around their premises by repeating these tests.

Mike’s presentation also covered opportunistic moped crime, which seems to be ever more prevalent in the UK. Looking at the types of moped attacks that have happened over recent years, Mike advised guests to urge their staff not to use phones while walking, where possible, to mitigate the risk of possessions being stolen by those on mopeds.

Neil Mochan, Independent Security Consultant for Eclipse, went on to ask the audience if drones were a friend or foe? With six million commercial drones in operation in the UK, there is a clear trend towards broad drone ownership, but blurred lines in how they are used. Many drones are used for commercial photography, filming and agriculture, as well as being used by online empires such as Amazon for deliveries. However, the growth in the use of drones is a real threat to public safety, as they are now also reportedly being used by terrorists in the battlefield or to smuggle goods into prisons. Teenagers have been able to turn drones into weapons and even children as young as eight have been able to engineer them to drop a six-inch bomb. Astonishingly, 1,000 drones can be operated from one controller, meaning multiple drones can be used for criminal activity, at exactly the same time, by a single individual, from anywhere.

So, what is the solution? How do we control the use of drones? Neil explained that some countries have looked at jamming the communication to drones, causing them to fall out the sky. Others have attempted training birds of prey to catch the drones. These methods have proved to be unsuccessful and are actually illegal in the UK. Drones are often safest when they are up in the air and could do more harm if they fall from the sky. In the UK, security companies have been looking at the progression of drone technology and advancing with it to understand how they work, and implement effective safety measures, such as embedding software which restricts them from flying into certain areas.

The last speaker of the morning was, community occupational therapist, Charlie Alkin, from Combat Stress, a charity that aids ex-veterans with mental health conditions. There are a large number of veterans experiencing post-traumatic stress and we sadly learnt that 71 veterans committed suicide in 2018.

With so many veterans in the security industry it is essential the right measures are in place to support mental health. Security officers work unsociable hours, often in isolation so they have even more limited opportunities to be able to talk about how they feel which could be a trigger for poor mental health. It’s important for organisations to create a culture where people can share how they’re feeling with their managers and ensure support is in place for staff to be able to talk openly. Charlie highlighted the most effective way of implementing this is mangers leading by example.

On average people say “I’m fine” 14 times a week, but only mean it just one fifth of the time. Actively giving employees “time to talk” can increase the chances of a more meaningful response to the question “how are you?”. This gives employers the opportunity to support improving and maintaining the positive mental health of their employees.

As only a quarter of men feel able to talk to friends and family if they feel stressed, Charlie reiterated how human-to-human support is vital and detailed how Combat Stress is constantly innovating to come up with new initiatives that organisations can take on. Mental health training for military champions across the UK is just one example.

One thing is for certain, the way security teams work to keep us safe will continue to innovate and evolve at pace to provide effective defence against the rise of new threats. It is absolutely fundamental that security companies ensure they look after the wellbeing of their staff in the process.

And there you have it. A complete round-up of a very informative and insightful event over bacon butties and coffee, wrapped up in one post!

Terror attack on London Bridge – a summary of events and implications….

The terror attack in Central London earlier today, may have caused many readers of Corps Relay to wonder how this could have occurred in the light of the recent decision by MI5/JTAC to lower the Terror Threat level from SEVERE to SUBSTANTIAL (see the table below).

There is no easy answer, although it may well be that today’s attack was perpetrated by a lone actor, who was outside the direct sphere of influence of an organised terror group. It is also frequently argued that ‘lone actors’ as such are nevertheless influenced by a range of factors, including social media and remote networking forums of varying kinds.

Either way, today’s events highlight the fact that the Terror Threat Levels are not infallible, and that all of us must strive to maintain constant high levels of vigilance, and security awareness, irrespective of the business sectors or locations in which we operate.

So, what do we know about today’s events?

The following is a summary based on available facts known thus far:

Two members of the public have died and a number of others were stabbed in an attack on London Bridge which is now confirmed as being terror-related.

The suspect was shot dead at the scene, but only after being confronted by members of the public who acted courageously to physically attack the male attacker, whose identity is as yet unknown.

According to the Met Police, officers were called to a stabbing at a premises near the bridge in central London just before 14:00. Two members of the public are dead while three others were injured and taken to two London hospitals.

Significantly, the incident triggered the attendance of armed response teams from three constabularies, namely the City of London Police, the Met Police and British Transport Police (the latter being alerted due to the collateral threat to nearby Rail and Tube transport hubs).

The threat to the UK (England, Wales, Scotland and Northern Ireland) from terrorism has been lowered from SEVERE to SUBSTANTIAL

You may end up saving a life or lives… and there is nothing more rewarding than that…
The following telephone numbers may be useful: