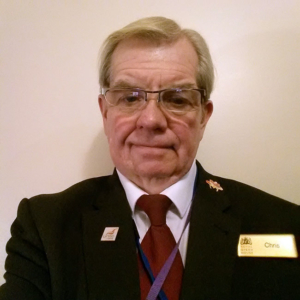 When did you join Corps and what does your current role involve?
I have been employed by Corps twice, once as a commissionaire in central London many years ago and for the last 14 years as part of the security team at the Royal Opera House, although not all that time was with Corps Security. Initially I was part of the general security team, I then progressed and became supervisor, a position I held for six years. Last year I stepped back from that role and my new title is that of “resilience officer.” I am part of the security front-of-house team and work closely with the Royal Opera House front-of-house management team, the ushers and the other Royal Opera House staff. Over time we’ve built great working relationships together. My role is wide-ranging, and I’m involved with everything from internal patrolling of the public areas, reporting on any damage or items that need replacing, to aiding infirm patrons and answering all sorts of questions from the general public. It’s a really challenging but enjoyable role and every day is different.

Can you tell us a little about your career background / what was your first job?
I followed my father’s footsteps by joining the Royal Artillery. I started as a Gunner and was promoted to a non-commissioned officer (NCO) role. I then went on to become a signals instructor and command post NCO. I instructed and invigilated many basic signals courses and managed a small team of about ten soldiers. Working for the Artillery Range Safety as a signals NCO was very exciting. During times of live fire our armoured vehicle would occasionally rock with the blast waves. The noise was something else! I got to travel quite a bit during this time, including Germany, Denmark, Cyprus and six months in Canada which was my favourite posting. I also carried out Public Duties as my Regiment covered guarding at Buckingham Palace, the Tower of London and St James’s Palace. I also served two tours in Northern Ireland.

What’s your favourite thing about your job?
The people at the Royal Opera House are my favourite part of the job. Whether they’re performers, behind the scenes staff or front-of-house they all show such dedication and professionalism. I love the buzz and the palpable enthusiasm I can feel from everyone working at the Royal Opera House – it’s almost better than coffee!

If you weren’t in security, what would you be doing as a career?
Helping people is something I get great satisfaction from so I would probably have gone into the voluntary sector or become a teaching assistant. I don’t have teaching qualifications though so I would have enrolled in an on-the-job training programme.

What are the main challenges you face in your daily role?
As you would expect, the clientele here at the Royal Opera House cover a wide spectrum of society, from royalty and politicians, to celebrities as well as the general public attending our performances and events. Although it’s rare, I’ve had to escort somebody out of the building on a couple of occasions and that can be challenging. I usually try to engage with that person and use a combination of verbal persuasion and body language to encourage the person to leave the building. Sometimes they try to re-enter using another door, so you have to be vigilant and manage it appropriately without disrupting any performances.

What would you say has been your biggest achievement whilst working for Corps?
Doing my job to the best of my ability each and every day. By taking this approach I hope to elevate the reputation of Corps Security in the eyes of my client, the Royal Opera House, and the general public.

What do you like doing outside of work?
I have regular reunions with my Regimental and Battery comrades in various locations across the UK. It’s great to be with my old comrades again and when a group of 60 somethings start behaving like they are 20-year olds again, well, I will leave that to your imagination! I’m also a big fan of music, mostly from the 60s and 70s but I also love jazz, light classical, modern country and rock. Sometimes I take friends and family to an opera or ballet performance and give them an insight into my role.  It does sound like a busman’s holiday but I’m just really proud of where I work. I also like going travelling whether it’s in the UK or abroad.

What are your aspirations?
I’d really like to be able to continue working in such a fabulous building with great people and continue to make the client and customers’ lives as pleasant as possible.