﻿Corps Security is celebrating its link to the Armed Services by picturing many of its front-line teams performing the SSAFA – the Armed Forces charity – Salute at sites across the country. Over the course of #ArmedForcesWeek, more than 30 security professionals, many with their own distinguished military service records, saluted the Armed Forces.

Together with other activities, including a Virtual Brew Up and Virtual 13 Bridges Walk, the campaign has helped to raise more than £1,000 for the charity.

Corps has a strong relationship with the Armed Forces as the organisation was set up in 1859 to provide employment for service men returning from the Crimean War; former servicemen still make up a large percentage of the organisation’s employees.

Here are a selection of our officers performing the SSAFA Salute. 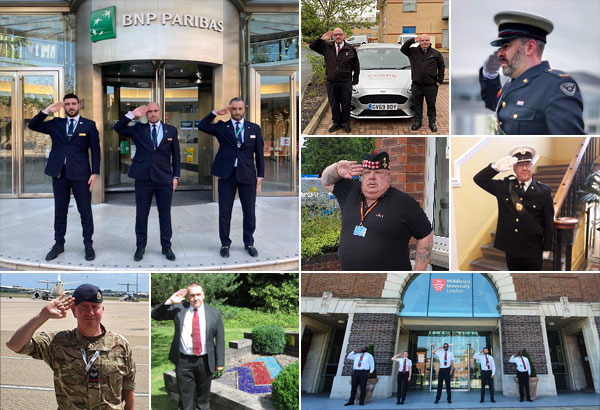 Follow Corps’ social channels for updates and images of these and other activities. And please do support this worthy cause by donating here.