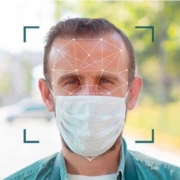 The safety of people is an absolute priority whether it’s in a Covid-secure health sense or general physical safety.

It’s inevitable that wearing face masks will cause some degree of challenges with the use of technology. Facial recognition is far less effective when face coverings are worn and, where CCTV is concerned,  it becomes more difficult to identify people and detect suspicious behaviour when a person’s complete face cannot be fully seen.

Access and verification processes would still need to be adhered to and that could mean the temporary removal of face masks to allow facial recognition to do its job. Manual ID pass checks would also require the same treatment. With current low occupancy rates this isn’t a huge problem now but as buildings slowly return to fuller capacity, challenges may arise and entering a building could take longer.

Communication is king. If processes are going to be changing, in any setting, then people need to be made aware of how this will affect them, what they should expect and why they need to do things differently. This will help avoid any pushbacks and ensure a smooth transition with people feeling confident about what to expect. There will always be some people who won’t want to comply and will present difficulties, but on the whole most people want to do the right thing especially if they understand it is for their benefit and those around them.

The relationship between security and face masks will need to evolve to accommodate the new normal. The solution for this will differ from company to company. Some buildings that are solely reliant on facial recognition or CCTV may move to being supported by the physical presence of a security officer, but it will never be one size fits all. As the workplace continues to evolve as a result of the pandemic, it will be more important than ever that clients and security providers collaborate to create a tailored solution that also fits commercial efficacy. System changes and security officer upskilling though will be a common occurrence.

The role of security has changed dramatically over the last 30 years and there have been continuous changes in terms of processes for occupiers. We’ve moved from manual checks to technology integration and remote surveillance and introduced rigorous new visitor check-in measures and asking staff to check-in visitors and lock away their laptops and computer equipment at night. The impact of face masks on security is just a new process to navigate in the ever-changing world of security. 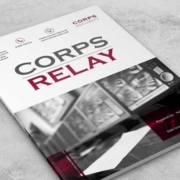 Security Issue of the Month 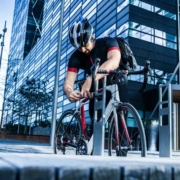 From a security perspective there are several barriers to people cycling to work but also several tools we can use to increase the number of cyclists.

In central London where space is at a premium, giving over increased space to bike storage is going to be a major ask but bike security must be carefully considered. Different organisations will take different approaches, whether that be reducing parking bays, installing new sheds or even using meeting rooms. During the lockdown and in preparation for the return to work, we’ve seen clients encourage the use of cycling to help people avoid public transport and car sharing. A large financial services company is loaning bikes to staff to encourage them to cycle to work, for example, which is a really great initiative.

The key is to ensure that whatever space is used to store bikes is secure. Although responsibility for the bike always rests with the employee when it’s stored on an organisation’s premises, if it is stolen it can create bad feeling within the business. We have clients who have suffered bike thefts in the past and it always causes major issues and of course upset for the individuals concerned. As a response, we use three different approaches to keep bikes safe:

Facial analytics: in many sites we provide a tool which matches a person with a bike. The technology ‘sees’ the person arrive with that unique bike and prevents another person leaving with the same bike – unless it’s been warned to expect that, for example if someone is borrowing a colleague’s bike.

Asset tracking: we use asset tracking technology with tags attached to bikes linked to an app. The bike owner can check the location of the bike at all times and can be matched with the bike when they return to collect it at the end of the day.

SmartWater: we make sure that bikes stored on clients’ premises are all invisibly marked with SmartWater, a solution which contains a unique forensic code which is exclusively assigned to that bike. It’s been likened to the concept of DNA profiling. If the bike is stolen and later recovered by the Police it can be matched easily with its owner.

Another challenge, which if often overlooked, is bicycles being stored in the racks for several years, without being used and just taking up space which other bike owners could use. We use MyTAG technology to manage that. Bicycles have a tag attached, which contains details of the owner and their contact details, allowing them to be easily contacted if their bicycle needs to be moved.

We’ve seen a great response to our own Cycle to Work scheme. It’s great for mental and physical wellbeing and also for the environment.

Enjoy the exercise and cycle safe! 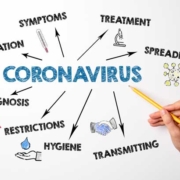