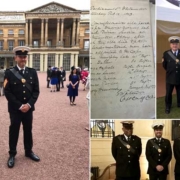 The Corps of Commissionaires (now Corps Security) was founded in 1859 by Captain Sir Edward Walter. Thirteenth February is the official date that we celebrate the company’s humble beginning. On that day, 162 years ago Sir Walter made the below note in his notebook and we recognise the company’s inception from that very day:

“The Commissionaires will parade at 10am tomorrow morning and attend Divine Service at Westminster Abbey, after which they will dine together.  The undermentioned men have been appointed to the Corps.”

Captain Sir Walter was the first to find an effective remedy to provide jobs for returning servicemen who were willing and able to work after the Crimean War. The company started with seven officers, and the ‘Original Eight’ etching was completed after Thomas Hancock VC joined in March 1859. Corps Security is the oldest security company in the world and our chief life Governor is the Queen.

Corps has a strong relationship with the Armed Forces and many of our colleagues have served in the military and emergency services. We also actively support the work of SSAFA – the Armed Forces charity, the Soldiers, Sailors, Airmen and Families Association, providing lifelong support and advice to servicemen, veterans and their families, and Combat Stress, a charity organisation which provides specialist treatment and support for veterans from every service and conflict, focusing on those with complex mental health issues.

We are proud of our rich heritage and our ability to combine the experience of the past with the needs of the present to give our customers an unrivalled level of service that always delivers first-class quality. Our founding values were ‘loyalty, integrity and service‘ and these still underpin everything we do today. These values have guided us in becoming the UK’s most established and respected specialist security services provider. 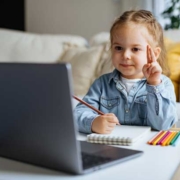 As parents up and down the country are faced with the struggle of home schooling, Corps Security lends a helping hand by providing laptops for colleagues that lack this essential technology as learning online prevails.

Corps has cleansed and reconfigured all spare laptops as well as adding Microsoft Office 365 so children and parents have all the programmes required for home learning. We have looked at where managers’ laptops were due to be upgraded this year and expedited the process so even more resource is available to support the education of the next generation.

Corps has sent out a series of internal communications notifying the whole of the workforce that help is at hand.

Paul Lotter, Managing Director of Corps Security said: “Lockdown number three and school closure for the second time is certainly a challenge for many. We wanted to offer our support to make this period of home schooling not only easier, but possible in cases where there is no means of facilitating remote learning. We’ve had a fantastic uptake so far and this has spurred us on to make even more resource available.”

As a company committed to colleague wellbeing, Corps will do all it can to extend its support where it is needed most. We’re in this together. 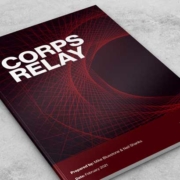 Corps Security’s overall objective during the current COVID-19 situation has been to reduce risk to the lowest reasonably practicable level by taking preventative measures to achieve a hierarchy of control, which we have aimed to maintain throughout this current situation. We have undertaken comprehensive risk assessments, which we are publishing in line with HM Government recommendations, and which are aligned with the new ISO/PAS 45005:2020 standard for working safely during the COVID-19 pandemic