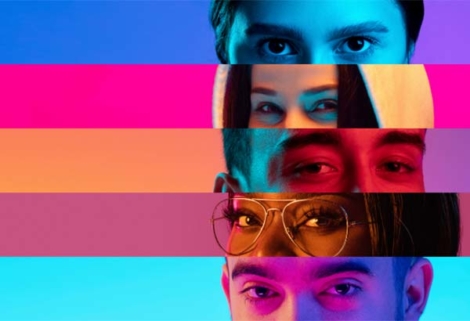 March is a busy month for events promoting equality, diversity and inclusion in the facilities management and security industries. Worldwide, International Women’s Day is a mainstay of our calendars on March 8, while this year, the British Diversity Awards is taking place just two days later – an event we are proud to have interest in with Seetan Varsani, our Major Accounts & Strategic Development Director, nominated for Inspirational Role Model of the Year. Meanwhile, a ThisWeekinFM recruitment fair, also slated for March 10, presents an important opportunity for ex-military personnel to get back into work through taking up a career in our sector. It therefore feels timely to be talking about equality, diversity and inclusion.

We still have a way to go in the FM and security space, especially when it comes to closing the gender divide. According to Women in Facility Management, although the trend is starting to shift, men outnumber women nine to one in facilities management leadership roles. The latest figures from the UK Security Industry Authority paint a similar picture. As of January 2022, there were 40,773 female SIA license holders compared to 351,370 males, meaning women make up around 11.6% of the overall security workforce. While this represents a 0.3 percentage point increase on January 2021, the dial has not shifted dramatically.

And COVID-19 has added an extra dynamic which appears to have impacted the global gender equality situation. According to research by McKinsey, women’s jobs are 1.8 times more vulnerable to pandemic circumstances than those held by men, and even more so if they are part of a marginalised community.

In 2019, Corps Security launched the Corps Together campaign which coordinates much of our activity in this area and has been shortlisted for several awards. One marginalised community we are particularly proud to support is the former people who all too often suffer from challenges with their mental health after they have left the Army, Navy or Air Force.

Corps is an active supporter of Combat Stress, the UK’s leading charity for veterans’ mental health, for whom we operate a 1% turnover working capital scheme, helping the organisation to fund its vital work. We also have close ties with the Soldiers, Sailors, Airmen and Families Association (SSAFA), the UK’s oldest national tri-service military charity. Meanwhile, on March 10, Corps will be exhibiting at and is sponsoring Ex-Military – A Journey Into FM, a recruitment fair hosted by ThisWeekinFM.

Security with a social mission

Now is time to act for equality. Last year, Corps was proud to be awarded Gold status in the Defence Employer Recognition Scheme for outstanding support towards the Armed Forces community, recognition that only fuels our desire to go further.  Indeed, whether it’s helping underserved communities such as military veterans, or the work of our guardians to promote equality across age, sex, religion, disability, gender and race within our organisation, our message will remain the same – as a social enterprise, people are at our very heart.