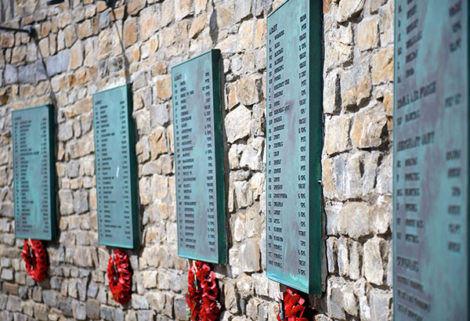 This year marks the 40th anniversary of the Falklands War, a conflict lasting 10 weeks which was prompted by Argentina invading the islands in 1982. Indeed, on this very day (May 28) in 1982, the Battle of Goose Green was fought.

The Falklands territory, which has been in British hands since the 19th century, has been the subject of dispute for many years, culminating in the war of 1982 that took the lives of around 900 military personnel on both sides, as well as three Falkland Islanders.

Jimmy Burns, the only British journalist in Argentina throughout the duration of the conflict, produced arguably the most valuable commentary relating to the war. His insiders account, The Land that Lost its Heroes, captured how the country careered from a state of rabid patriotism to humiliation in the space of weeks.

One of the more poignant observations Burns made was how the Falklands War will be remembered for being the last simple war, a conflict in which we all understood how and why it started and ended. Indeed, you only have to look over to Ukraine to see that wars are now anything but simple.

No matter the rationale (or lack of), all wars have casualties.

More than 900 lives were taken in the space of 10 weeks in the Falklands, including at Goose Green where British troops were subjected to relentless artillery fire. The majority of casualties were sustained by Argentine forces as British soldiers recaptured the islands, the official end of the conflict being declared on June 14, 1982.

On top of the lives lost in the fighting, countless others have been adversely (and in some cases irreversibly) impacted by ongoing battles that commence in combatants’ minds after the final shot has been fired.

According to research conducted by the King’s Centre for Military Health Research, post-traumatic stress impacts around one in 25 ex-service personnel. Meanwhile, around one in five are impacted by other mental illnesses, with evidence also pointing to increasing problems around alcohol reliance and misuse among ex-military as they attempt to transition back into civilian life.

Corps recognises the challenges faced by former armed forces personnel as they seek to open the next chapter of their lives. Indeed, our business was founded after the Crimean War in the late 1850s to provide employment opportunities for returning soldiers.

Fast-forward to today, and ex-service men and women continue to be an underserved community in need of support, with the Royal British Legion estimating that up to 6% of all homeless people in the UK have some kind of armed forces background.

While this is a marked improvement on the 1990s, when up to 20% of London’s homeless were believed to be veterans living in the streets, more still needs to be done. This is why a key component of Corps operating as a social enterprise revolves around supporting ex-service personnel, both in providing career opportunities and wellbeing support, and also helping external organisations. These include Combat Stress, who we financially support through donations of 1% of our contract turnover.

As the UK marks the 40th anniversary of the Falklands War this year, we will continue to strengthen our commitments to the veteran community and honour the very founding principles Corps Security is built on.